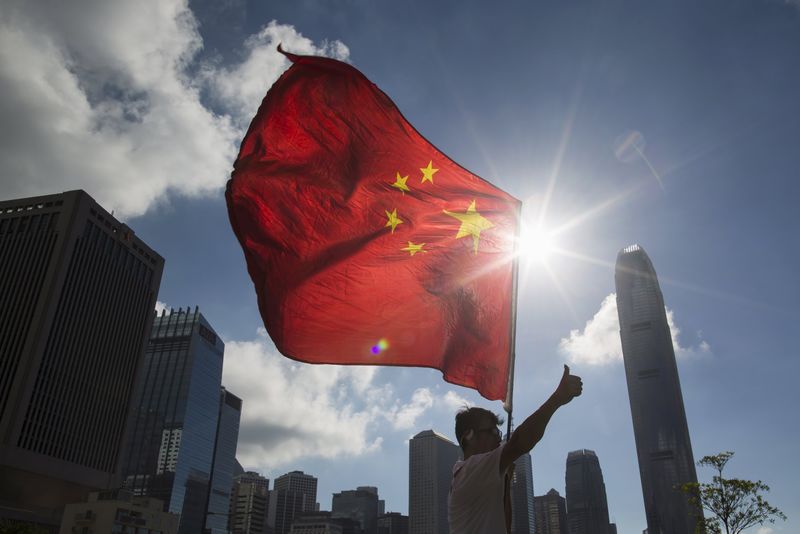 Investing.com-- Most Asian currencies recovered sharply from recent losses on Tuesday despite hawkish signals from the Federal Reserve, with focus remaining squarely on COVID-related protests in China and the government’s response.

The Chinese yuan rose 0.4% to 7.1792 against the dollar, recovering from a nearly three-week low hit in the prior session, while the offshore yuan jumped 0.8%.

Civilian protests against the government’s strict zero-COVID policies appeared to have simmered down after escalating over the weekend. Concerns over more economic disruptions from the protests caused deep declines in markets on Monday, although markets stabilized from their losses later in the session.

Some analysts opined that the protests could also push the government into eventually scaling back its zero-COVID policy- a scenario that is largely positive for Chinese and broader Asian markets. But given that the country is grappling with a record-high daily increase in infections, chances of a zero-COVID reversal in the near-term appear slim.

Broader Asian currencies tracked a recovery in Chinese markets, brushing off hawkish comments from two Federal Reserve officials that suggested that U.S. interest rates will stay high until well into 2022. The Singapore dollar added 0.4%, while the South Korean won led gains across Asia with a 1.2% jump.

The dollar index and dollar futures fell 0.4% on Tuesday, but hovered above the 106 level, retaining some gains made in the prior session as concerns over China drove up safe haven demand.

But an increasing number of market participants are now betting against the dollar on the notion that U.S. inflation has peaked, warranting smaller rate hikes by the Fed.

Fed members have signaled that future rate action will largely depend on inflation, which is currently trending well above the Fed’s 2% annual target. Focus this week is on an address by Fed Chair Jerome Powell on Wednesday, as well as key payrolls data on Friday.

The Japanese yen rose 0.2%, even as retail sales data for October missed market expectations, heralding more pressure on the world’s third-largest economy. Expectations of a dovish Fed have benefited the currency in recent weeks.

Among Antipodean currencies, the Australian dollar jumped 0.8%, while the New Zealand dollar added 0.7%.